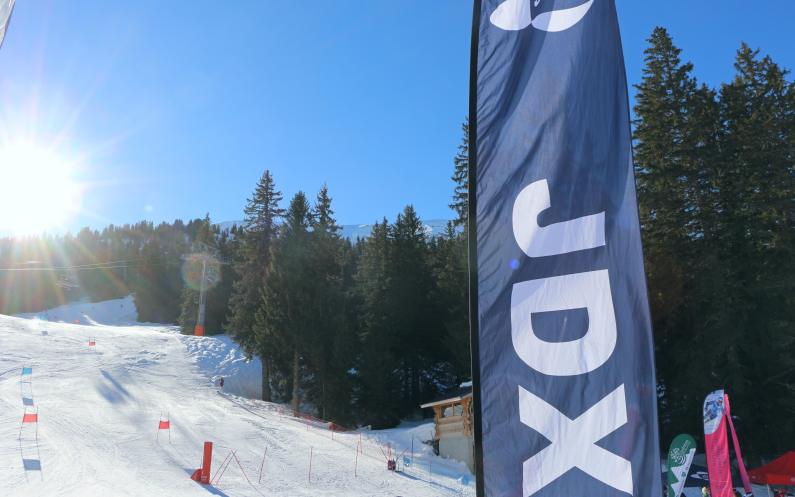 2019 is a special year for the British Schoolgirls Races as they celebrate their 60th anniversary, with the event returning to the French Alps on 28th & 29th January 2019.

The British Schoolgirl Races, which are organised by the Ladies Ski Club, first took place on the slopes of Gstaad in 1959, moving to Villars in 1976. Sixty years on, the event retains the same friendly and inclusive spirit, welcoming girls of all levels, and this year welcoming four new teams.

From its inception, JDX made a commitment to creating opportunities for its young people and with competitive sport a core aspect of JDX’s culture, we are delighted to be supporting the next generation of female leaders.

The two-day event will play host to 156 skiers from 36 schools, welcoming those who are new to racing, as well as those who are already racing competitively. Historically the British Schoolgirls’ Races has proved to be a breeding ground for young British talent, with Olympian Chemmy Alcott and Paralympic sight guide Charlotte Evans being previous competitors.

British Schoolgirls’ Races organiser Anne Taylor said ahead of the event: The 2019 edition of the British Schoolgirls Races promises to be a special one. Not only are we celebrating 60 years of running the event, but Flaine are also celebrating their 50th anniversary. Every year the races are fully subscribed, but we are delighted to be welcoming four new teams and over 150 girls, many of whom will be ski racing competitively for the first time. It promises to be a fun few days for everyone involved.”

With most athletes arriving in time for the training days and opening evening on Sunday, Monday and Tuesday are full days of racing, with the final day culminating in the prize giving. Throughout the week, athletes demonstrate determination, teamwork and spirit, attributes that we look for in all of our consultants.

JDX is delighted to be supporting this prestigious event for a fourth year, meeting and talking to the next generation of talented young women who, not before long, will soon be making their mark in business.

MONIKA MESKAUSKAITE Breaking the Plastic Habit is a programme which aims to eliminate single-use plastics from stores and businesses at Canary Wharf via new technology,

The British Schoolgirl Races, which are organised by the Ladies Ski Club, first took place on the slopes of Gstaad in 1959, moving to Villars in 1976.

Why Letting Data Go Matters to Customers and Companies

MARKUS BUHMANN We hear a lot of talk about how, why and when organisations collect data from individuals.

Posted in Technology, Thought Leadership | Comments Off on Why Letting Data Go Matters to Customers and Companies

Have you got what it takes to join the JDX team?

JDX Consulting uses cookies to improve site functionality, provide you with a better browsing experience, and to enable our partners to advertise to you. Detailed information on the use of cookies on this Site, and how you can decline them, is provided in our privacy policy. By using this Site or clicking on "OK", you consent to the use of cookies.

This website uses cookies so that we can provide you with the best user experience possible. Cookie information is stored in your browser and performs functions such as recognising you when you return to our website and helping our team to understand which sections of the website you find most interesting and useful.

Strictly Necessary Cookie should be enabled at all times so that we can save your preferences for cookie settings.

If you disable this cookie, we will not be able to save your preferences. This means that every time you visit this website you will need to enable or disable cookies again.